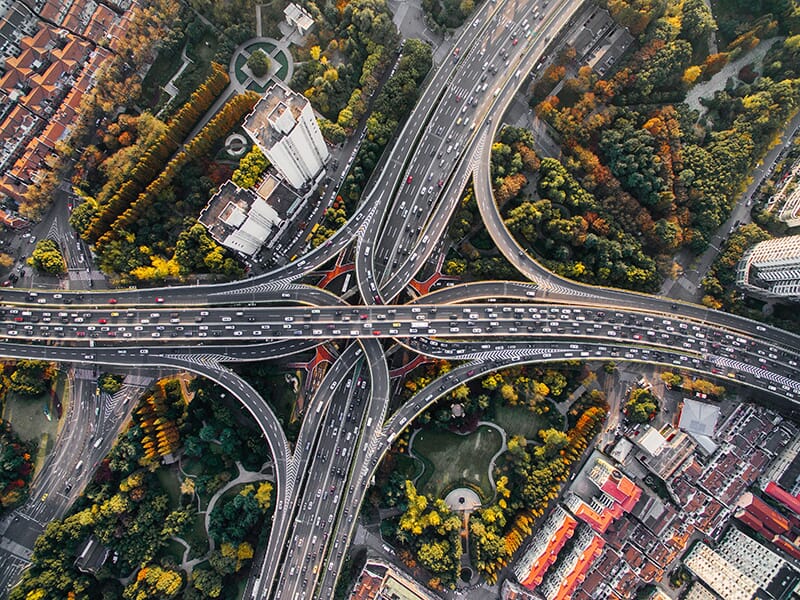 But then along came the internet in the 1980s, and suddenly distance-related business costs collapsed for transactions, communications, transportation, and search. The web was the “death of distance,” a concept popularized in 1997 by Frances Cairncross’s book of the same title.

A recent essay in the The New Oxford Handbook of Economic Geography challenges that notion, or at least deepens the argument. While the digital revolution has certainly reduced the importance of distance in some ways, it has grown it in others. As the authors observe, “For example, while information technology may be an effective means of coordinating ongoing projects and collaborations, it may be less effective as a means of establishing new partnerships or collaborative relationships. In this way, rich offline communication might make online communications more valuable, suggesting complementarity between face-to-face and digital communications.”

The book chapter, “How Geography Shapes—and is Shaped By—the Internet,” was written by Chris Forman, Avi Goldfarb, and Shane Greenstein. The essay attempts to answer the question, “What consequences did the spread of the internet have for geographical location of economic activity?”

“Virtually everyone gains from the lower costs, but those gains are not experienced equally.”

Sean Silverthorne: In the essay, you and your coauthors suggest that the idea that the internet is the “death of distance” is overstated. Could you discuss a bit how the internet/web does and does not reduce geography as a friction point for getting business done?

Virtually everyone gains from the lower costs, but those gains are not experienced equally. The answer is subtle, and not simple or intuitive. The internet comparatively benefited areas that were already doing well. It is important to stress the “comparative” aspect.

The internet allowed all areas to gain access to the riches provided by electronic commerce and data-enabled media. Technically led growth enabled rich areas to gain more than other areas, even when everyone was growing–largely in part because they already possessed the educated workers and the advanced infrastructure to take advantage of the new technology. Rich areas pulled away more from less-rich areas, making regional inequality worse. As we sometimes say succinctly, the internet enabled midwestern farmers to easily reach Manhattan stockbrokers, and vice versa, and both gained. However, most evidence suggests the latter became much richer than the former.

“Though internet technology ostensibly diffused everywhere, it did not get experienced as the same technology in each location.”

Silverthorne: To ask a question posed in your own title, how does the internet shape geography?

Greenstein: To appreciate the subtleties, every one of us must step back from our own experience and compare multiple experiences of many users. Doing so yields a novel outlook.

Research has found many variants of the same theme: The experience with the commercial internet depends on where you are located. It manifests in a surprising number of dimensions. For example, the quality and price of internet access–both wireline broadband and wireless—varies dramatically by location, especially when comparing urban and low-density locations, but even when comparing one city to another.

On a different dimension, the types of employment affiliated with implementing frontier internet services and operations also differs with location, both because locations differ in their ability to support the frontier, but also due to standard agglomeration. Different industries use different aspects of the internet, and industries tend to agglomerate in some locations and not others. The internet completely altered the efficiency of supply chains for auto assembly, which shaped Detroit, while it also altered the pricing of airline tickets, which had big consequences for the headquarters of major air carriers, such as Chicago and Dallas and Atlanta. To give one more example, the geographic concentration of invention in the US has shifted to the west coast; not only in electronics, information, and communication technology, but in many other fields.

Let me summarize: Though internet technology ostensibly diffused everywhere, it did not get experienced as the same technology in each location.

Silverthorne: Looking to the future, what industries or locations are likely to be more touched by internet technology than they are today?

Greenstein: There is an old Danish saying that it is difficult to make predictions, especially about the future. So take this with a grain of salt. To address this question I think you first need to work through industries, then translate that into locations.

A few technologies on the horizon appear to have the capacity to restructure specific industries. Among them are the deployment of new uses for AI (artificial intelligence), such as neural networks. Others are applications of big data to distribution and operations, 5G for wireless data transmission, VR/AR (virtual reality/augmented reality) for a wide set of applications, support services for many new “autonomous services,” and a range of complementary activities around all of those.

Transportation and warehousing seem particularly ready for restructuring from those technologies, and that affects many parts of the country, especially the hubs for US transportation, such as Denver, New York, Los Angeles, Chicago, and Dallas. It’s also no secret that we are partly through the transformation of many media, and that has major consequences for many firms located in New York and Los Angeles.

That said, it is not mentioned in our chapter, but the biggest near-term certain change on the horizon is demographic—Baby Boomers will reach old age. That will more than double the number of cases of Alzheimer’s, and raise demand for medical services to support the elderly. Those demands will especially rise in warm weather locations—Florida and Arizona, in particular. And those services tend to take two distinct forms: The high end involves lots of IT operated by lots of sophisticated staff, while the low end involves lots of IT replacing staff. Those changes are likely to be as big as any of those mentioned above.