A Summer Internship with the City of Boston 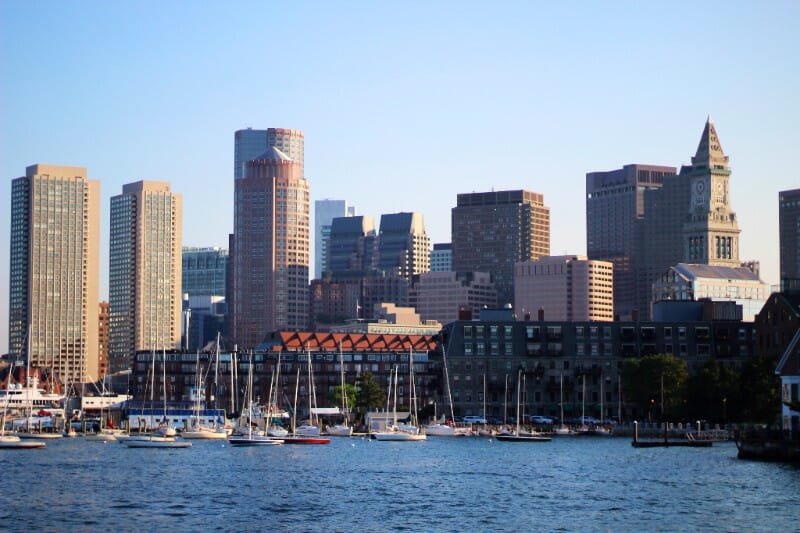 This post originally appeared on the Impact Insights blog.

Kiernan Schmitt (MBA 2018) is a 2017 Social Enterprise Summer Fellow working with the City of Boston Department of Innovation and Technology this summer.

Imagine if, when it came to delivering city services online, your local government thought like a Silicon Valley tech company.

Just like Amazon anticipates that people who bought tennis rackets might also want some tennis balls, the City might anticipate that people applying for a moving permit might also need to figure out their trash pick-up, parking passes, and voter registration.

Just like Lyft solves a real-world problem with just two-clicks, the City might create apps and alerts that let you, say, get that pot-hole filled, pay a parking meter, or move your car on street-cleaning days before it gets towed.

Just like Google builds sites that are colorful, easily navigable, and instantly adaptable from phone to desktop, government sites might be beautiful, intuitive, mobile-optimized, and written with simple, straightforward language.

And just like TurboTax is upfront that the process might seem like a slog but, don’t worry, we’ll get through it together, one step at a time, the City might position itself as a friendly and knowledgeable coach, ready to help users do whatever they need to get done.

In fact, the City of Boston has spent the last 3+ years reinventing how it interacts with citizens online in exactly this way. The City Hall team I joined this summer, through the support of the HBS Social Enterprise Summer Fellowship, has led the charge, championing the end user in a system burdened with legacy IT, a complex government bureaucracy, and the financial constraints that (rightfully) come with using taxpayers’ dollars.

The name of the team, DoIT—which stands for the Department of Innovation and Technology, but which is pronounced “Do It”—captures the can-do attitude of the people who work here. They spend every day building online tools that are beautiful, welcoming, and highly useful to the citizens of Boston.

Want to rewrite a webpage filled with indecipherable government jargon so it sounds like an actual human being wrote it? Do it!

Want to build an intuitive web form (easy to fill out, simple to save, easy to submit) to replace a clunky paper form (hard to write, easy to lose, annoying to submit)? Do it!

Want to build an app that lets people request improvements needed in their neighborhoods, right as they’re experiencing the problem? Do it!

My clients included cause-related NGOs like Freedom to Marry and Al Gore’s Climate Reality Project, the American Museum of Natural History, Ford Motor Company, and MIT. The projects ranged from pie-in-the-sky strategic engagements—how can a world-class university make great education free and accessible, anywhere in the world?—to knotty tactical decisions—should we ask small-dollar donors to give $5.25 or $7.50?

While many of my clients’ goals were political in nature, I had never actually worked in government proper. Thus, when pondering the best way to spend the summer between my first and second years, I decided early-on that I wanted to see what life was like with a .gov email address. Further, I wanted to find a job that would similarly combine big strategic challenges—how can city government deliver better service, quicker and more efficiently?—with in-the-weeds tactical questions—would more people click here if the button were red?

Much of the innovative work going on at DoIT was spearheaded by Lauren Lockwood (HBS 2014), and until recently Boston’s Chief Digital Officer. After a brief midwinter conversation, Lauren encouraged me to apply for a Digital Engagement Fellowship at City Hall, and boy am I grateful she did. This summer, I have been continually wowed by the creative energy that permeates this office, as well as the tireless drive of the City Hall workers.

The diversity and specificity of the tasks this team tackles in a week is staggering: Could we make it easier for people to apply for dog licenses? Is there a better way to alert Bostonians to upcoming street closures? How could we track what neighborhood-specific content citizens find most valuable? What services do newly-arrived immigrants most urgently need? Do people know how to find the food truck closest to them at any given moment?

Taken together, they amount to the lifeblood of Boston—the sometimes unglamorous but always necessary work that makes a city thrive. They fuel the creation of small businesses, the beauty of public parks, the order of our streets, the success of countless individuals and families. And yes, the online payment of parking tickets.

From birth certificate to death certificate, City Hall affects the lives of every one of its citizens. That’s inspiring stuff, and it has left one thought continually swirling around my head: Thinking about a career in public service? Do it!